Alabama is a relatively small state in the southeastern United States. The state is known for its agriculture, but also for its role in the American Civil War. In Alabama there are many interesting sights and beautiful nature.

The largest city of Alabama is Birmingham, and the capital is Montgomery. See cities in Alabama by population.

Things to do in Alabama

US Space & Rocket Center
One of the most popular attractions in Alabama is the US Space & Rocket Center in Huntsville. There is an authentic lunar rocket to view, and also many interesting exhibits about NASA’s space research. Simply a must, and perfect destination for the whole family. Read more on the official website.

Historic Montgomery
In Alabama’s capital, Montgomery, there are countless historical sights. Among other things, it was there that the Confederacy appointed its own president, and you can also visit the First White House of the Confederacy in Montgomery. The house retains all its original furnishings, and is very pleasant to visit.

Musical Alabama
Alabama is also known for its rich musical life, and many of the world’s most famous musicians, especially in jazz, have their roots in the state. If you are interested in this and Alabama’s musical culture, you can visit the Alabama Jazz Hall of Fame in Birmingham, where there are many fine exhibitions about the state’s many jazz musicians.

Rent a car in Alabama

To get the most out of your vacation in Alabama, it is recommended to rent a car. Public transport in the state is not very widespread, so with a rental car it is easy to get to smaller towns and natural areas that you could not otherwise reach.

It is possible to rent a car in all major cities in Alabama, and even at the major airports the rental car companies are represented. It is recommended to reserve the car online in advance, to ensure that it is available for pick-up.

There are several nice national parks and beaches in Alabama. The coastal strip is not that big, but the beaches that are there are very well visited and beautiful.

National Parks in Alabama
Alabama has many fine parks and natural areas, especially in the more mountainous areas. Among other things, Chandler Mountain and Locust Fork are a popular excursion destination for those who want to escape from the big city stress. There are both pleasant hiking trails, incomparable views and exciting caves. In the area there are also several historical places that can be visited.

Even at Alabama’s largest lake, Lake Guntersville, there are many nice places to relax. The lake offers both fishing and tranquility, and there are several cozy towns in the area. There are also hiking trails and other activities in the area.

Beaches in Alabama Alabama
‘s beaches are known for their fine quality and lovely bathing waters. Near the town of Foley is Gulf Shores, which has some of the finest beaches and warmest swimming water in Alabama. Orange Beach also has fantastic beaches, and all along the coast there are opportunities for many different water sports and activities. 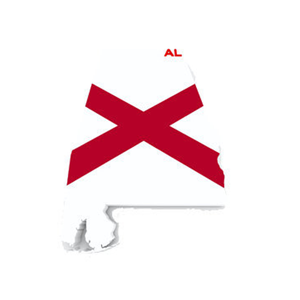