The largest city of California is Los Angeles, and the capital is Sacramento. See cities in California by population.

The most popular place to visit in California is Los Angeles. Two other coastal cities that are also very famous and popular travel destinations are San Diego and San Francisco. North of San Francisco we find America’s most famous wine region, Napa Valley. The district is five miles long from north to south and here are numerous vineyards.

Los Angeles has a lot to offer and the perception of the city is mixed. Some love Los Angeles with its pleasant climate, beautiful beaches, Hollywood and much more. Others think that the traffic is a little too intense where you can be unlucky and short distances take a long time to drive. For those visiting Los Angeles, a rental car is almost a must, read also rental car in Los Angeles, there are several tips and good information. Los Angeles is a great city to fly into and there are many other places to visit and get to.

Travel to San Francisco
San Francisco has over three million inhabitants in the metropolitan area. If you add San Jose and Oakland to the south and east respectively, the number is over seven million. San Francisco is located along the world famous Highway 1 which is a very nice road to drive on. A trip to San Francisco by car takes at least just over six hours from Los Angeles. If you choose Highway 1, the drive takes about nine hours. Otherwise, flights are a good and often quite cheap alternative. The best time to travel here is from May to October when the temperature is around the 20 mark.

San Francisco itself with the Golden Gate Bridge is the highlight here and there are several ways to explore the city. A nice alternative is to rent bikes and cycle across the bridge. Another cheeky option is to take a helicopter ride over the city and get a nice overview of everything.

On the border between California and Nevada lies Death Valley, which is one of the world’s hottest places with a unique landscape. It’s a nice day trip from Las Vegas or Los Angeles. The alternative is a small detour via Death Valley when driving between Los Angeles and Las Vegas.

Travel to San Diego
San Diego is located in the southwest corner of California and is a two-hour drive from Los Angeles. San Diego is a very nice city with about three million inhabitants. The city borders Mexico and Tijuana. San Diego is a nice and beautiful city to travel to.

San Diego as a city with its fine beaches is a highlight in itself. It is also possible to take a day trip to Tijuana. There are a couple of different tours to choose from, it can be smart to take something organized to avoid entering the wrong area. That should definitely be avoided as Tijuana is far from the safest city. In San Diego there are three very large zoos; San Diego Zoo, San Diego Zoo Safari Park and the popular SeaWorld.

North of San Francisco is the very famous and fine wine district Napa Valley. It’s a perfect day trip and it’s fine to drive yourself. If you want to try the different wines and enjoy the day a little extra, we recommend an organized tour. You can then test all the wines without worrying about driving and you have an expert with you all day.

From California you can go on lovely cruises from Los Angeles and San Francisco. Several large and popular shipping companies are represented in California ports. From here, cruises go to tropical paradises such as Hawaii, Mexico and the Panama Canal. You can also go on a cruise among the wild landscapes of Alaska, or across the Atlantic to Europe. A cruise from the USA is an amazing experience that you won’t want to go home from! 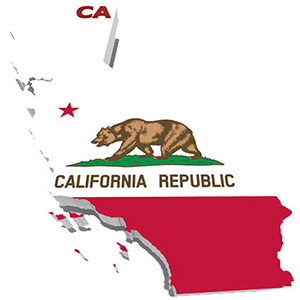