In the middle of the USA lies Colorado, the state known for its incredibly beautiful nature and unparalleled landscapes. The state includes the Southern Rocky Mountains and the Colorado River, which also gave the state its name. Colorado is the eighth largest state in the United States by surface area, and by population it is the 22nd largest in the country.

Colorado has been nicknamed “The Centennial State” because it received official status as an American state one hundred years, or “a centennial”, after the US Declaration of Independence was signed in the late 18th century.

Colorado’s capital, and also largest city, is Denver, located in central Colorado. Denver is the largest city in the entire mountain area, and here is also the fourth largest airport in the United States, Denver Airport, a little outside the city center. The state’s second largest city is Colorado Springs. See cities in Colorado by population.

Things to do in Colorado

Colorado is characterized by its mountainous landscape and rich outdoor life, but there is also much else to see and do in the state. For example, it is possible to visit many pleasant vineyards in the Grand Valley that you can visit and taste wines at, all in fantastic nature. In winter, skiing is one of the most popular activities here.

The state has a long history and there is a lot of fascinating history to take in in the form of archaeological sites and museums. For example, Mesa Verde National Park is a fascinating excursion destination with its ruins of ancient mountain villages. Colorado also has many deposits of dinosaur fossils, and one of the most popular sights when it comes to dinosaurs in particular is Dinosaur Ridge a little outside of Denver. There are footprints preserved from over 300 dinosaurs, and there are also cool fossils to see on the kilometer-long hiking trail.

In Colorado there are also many nice spa facilities that are famous for their hot springs. The hot springs of Colorado are located in many places in the state, and allow guests to bathe outdoors in the naturally warm waters year-round. Many spas in Colorado are geared toward families with children, while others are more focused on tranquility.

If you want to experience the fantastic scenery from a cozy, old-fashioned train compartment, there are several historic trains in Colorado that hurtle through the mountain landscapes. In Canon City, Durango and Leadville, among others, you can hop on these trains, and in Golden there is also a railway museum.

Renting a car in Colorado

In Colorado, it is possible to rent a car in all major cities and airports. It is the easiest way to get around to different places in the state, and opens the doors to many nice destinations that are otherwise not accessible by other means of transport.

There are some toll roads in Colorado, including E-470 which passes the Denver airport. The fee is not collected on the spot but invoiced after 30 days, and there are therefore no stops along the way. Check with your rental car company what applies to their cars and toll roads.

Colorado has a large number of roads with amazing and interesting views and stops along the way. Among other things, the Flat Tops Trail is an incomparable nature experience that takes two hours to drive through, and on the Pawnee Pioneer Trails you can experience the Colorado that the first settlers encountered.

Colorado is widely known for its skiing in the Rocky Mountains, and is home to a wide variety of ski resorts, including the famous Aspen. The snow that falls has a tendency to come at night, which means that the days often offer skiing in the sunshine. The snow is also drier here than in, for example, the Alps and makes it easier and not so heavy to ski in.

Aspen is the most famous ski resort in Colorado and has been featured in several movies. There are two fine ski resorts here: Aspen Highlands and Aspen Mountain. For those who want to ski in Colorado, Aspen is not the obvious choice, but here there are several good options depending on what you are looking for.

Denver
Denver is both Colorado’s capital and largest city. Here you can experience the American big city pulse, but with the city’s many museums and art galleries, the city’s history is never far away. Denver is surrounded by incomparably beautiful nature, with mountains and plateaus in the near distance. There is a lot to see and do in Denver. An absolute must is the History Colorado Center, a history museum that has won national awards for its high quality. The Molly Brown House with its fantastic architecture is also worth a visit. With nature so close, Denver has a reputation for being an active outdoor city, and this is not least evident in the 200 parks that are located around the city.

Colorado Springs
In eastern Colorado lies Colorado Springs, which is the state’s second largest city after Denver. The city is located at the foot of the mountain Pikes Peak, and also the Rocky Mountains are in the vicinity of Colorado Springs. There is much to both experience and discover here. There are several attractions in the city, such as the Cheyenne Mountain Zoo with many exotic animals, and Old Colorado City, where you can see what the city looked like during the first settlement. Colorado Springs is also home to many US Army bases, including the United States Air Force Academy.

Colorado has a large number of fantastic national parks. Many of them not only offer beautiful nature and spectacular views, but also historically interesting places. Two of the most famous national parks in Colorado are Rocky Mountain National Park and Colorado National Monument.

Rocky Mountain National Park has several lakes and is famous for its many waterfalls. The water that flows through the mountain area is clean and clear, and there are several different hiking trails with varying degrees of difficulty. Wherever you are in the park, you are offered fantastic views of the mountain area.

Colorado National Monument is located just outside of Grand Junction, and is known for its many incredibly beautiful sandstone formations. From these peaks it is possible to view the entire area. There are opportunities to be guided through the park.

Roxborough State Park with its red cliffs is also an incomparable experience, and near the city of Alamosa, the most powerful and largest sand dunes in the United States can be visited in the unmissable Great Sand Dunes National Park. Dunes stretch over a huge area, and the highest dunes are over 200 meters high. 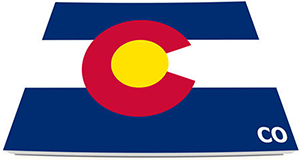