Connecticut is one of the smaller states located on the northeastern coast of the United States. The state has a long history, and is one of the oldest states in the country. The southern parts of Connecticut enter the New York metropolitan area, and the entire state is one of the most densely populated.

The capital of Connecticut is Hartford, while the largest city is Bridgeport. See cities in Connecticut by population.

Things to do in Connecticut

With its stunning coastline, there are many nice beaches in Connecticut, but also several cozy towns and a lot of history to discover.

New Haven
New Haven is one of the nicest towns in Connecticut. The city is located on the state’s northern coast, and is often included in the New York metropolitan area. New Haven is a very old city and was founded in the early 17th century. There are therefore many historical sights in the city. Among other things, there are several beautiful churches and buildings in the city, and New Haven is also home to the world-famous Yale University.

Mystic Seaport
In the town of Mystic is the incomparable Mystic Seaport museum, which is the largest of its kind in the entire world. Here you can follow the development of maritime history for real, as the museum is structured as an open-air museum with many historic buildings. There is also a collection of ships in the museum, and many of the ships there are so unique that they are the only ones of their kind in the entire world.

There is also a commercial harbor adjacent to the museum, and it is possible to take sailing lessons there under the auspices of the museum. It is also possible to go on shorter boat trips from the port. Read more at www.mysticseaport.org.

The Mark Twain House also contains several exhibitions about the author, and several activities connected to Twain and his famous works are organized annually.

Connecticut Beaches
With its stunning coastline, there are many beautiful beaches to visit in Connecticut. The sand is white and the water clear on these beaches, which during the summer are suitable for both sunbathing and swimming and are suitable for the whole family.

One of the very best beaches is Ocean Beach Park located in the city of New London. In addition to the amazing beach, there are also many entertainment attractions in the city, and it is considered one of Connecticut’s summer paradises. Short Beach in Stratford, Rocky Neck State Park in East Lyme and Seaside Park Beach in Bridgeport are also famous beaches in the state.

Getting around Connecticut is easy with a rental car, and thanks to the state’s small size, you can get from corner to corner in just a few hours by car. That’s why it’s perfect for driving in the state, and driving along the Connecticut coast is a great experience.

It is highly recommended to rent the car online in advance, to ensure that the correct car is available for pick-up. 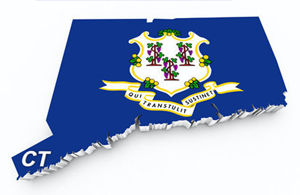