Indiana is one of the states that borders the Great Lakes in the northern United States and is close to Chicago. Indiana has very beautiful nature and nice cities to visit. There are also several amusement attractions in the state, which are aimed at the whole family.

The largest city in the state, and also the capital, is Indianapolis. See cities in Indiana by population.

Things to do in Indiana

Shipshewana
Shipshewana is best known for its many auction houses, flea markets and historic areas. There are also a very large number of nice antique shops and restaurants, and there is a strong Amish culture in town, including a very nice Amish museum. In Shipshewena, several pleasant festivals with varying themes are organized annually. read more on the city’s official website here.

Indianapolis
Indianapolis is both Indiana’s largest city and capital, and there is much to see and do in the city. Several museums and a large number of monuments adorn the central parts of the city. Among other things, the Indiana World War Memorial Plaza and the James Whitcomb Riley Museum Home are some of the most well-visited attractions in the city.

In Indianapolis there is also the world’s largest Children’s Museum, which is a wonderful excursion destination for the whole family. The museum contains many fun interactive parts for all ages, and there are large play areas.

Fort Wayne
Fort Wayne is one of the largest cities in Indiana, and is located in the northeastern part of the state. Fort Wayne has plenty of fun for the whole family. For example, the city has a large zoo, the Fort Wayne Children’s Zoo, which has been hailed as one of America’s best zoos. There is also a history center with many nice exhibitions and historical artefacts.

Rent a car in Indiana

For the easiest way to get around Indiana, it is recommended that you rent a car. It makes the journey both easier and more pleasant, and it is also easy to get to places that would otherwise have been difficult to get to using public transport.

Car rentals are available at the major airports and major cities in Indiana, but it’s a good idea to reserve the car in advance to ensure it is available upon arrival.

One of the most popular national parks in the state is the Indiana Dunes in northern Indiana. Indiana Dunes stretches along the coastal strip of Lake Michigan, and there is both wonderful nature and fantastically nice beaches where you can both swim and sunbathe. There are also many beautiful hiking trails and opportunities for bird watching, fishing and camping in the area. Read more at www.nps.gov.

There are also several interesting historical parks in Indiana, with one of the most famous and well-visited being the George Rogers Clark National Historic Park. In the park, visitors are offered, among other things, cool monuments and a really interesting history lesson. 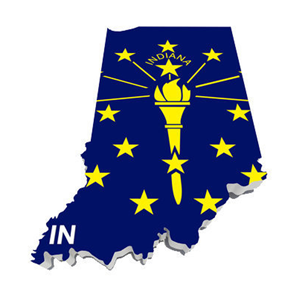