Kansas is the most central state in the USA, and is today one of the states with the most arable land in the entire country. The state has a long and rich history, and has played a large role in the many battles that took place in the United States, and the Native Americans who inhabited the area have left many historical legacies.

Topeka is the capital of Kansas, but the largest city in the state is Wichita. See cities in Kansas by population.

Things to do in Kansas

In Kansas there is a wide range of both interesting museums and historical sights, and with the long tradition of agriculture there are also several farms to visit with fun for the whole family.

Wichita
Kansas’ cultural center is arguably the state’s largest city, Wichita. There are a large number of museums, but also a rich city life with many shops and restaurants. It is also a very family-friendly city, where many of the sights are designed to be enjoyed by the whole family.

Among other things, you can visit the Sedgwick County Zoo, which is the most visited tourist attraction in the entire state. The zoo has a large number of exotic animals, including gorillas, tigers and penguins. The Museum of World Treasures also has many pleasant exhibitions aimed at the whole family.

Strataca
One of the most popular and popular attractions in Kansas is Strataca, which is a museum housed in one of the state’s old salt mines. The mine is one of the largest of its kind in the entire world, and also the only one open to the public in the United States. The mine is 200 meters underground, and it is a very cool experience to go down into the mine.

The museum consists of many interesting artifacts from the old Kansas mining industry, and there are many different exhibits and interactive parts to take part in. Among other things, it is possible to take a trip down even deeper into the mine and for a while experience complete darkness underground.

The area also has very beautiful nature and many fine hiking trails, and there are also some historical sights such as an old school and an exhibition about the life of the Native Americans in the area. More about Deanna Rose Children’s Farmstead can be read on the official website.

Rent a car in Kansas

Renting a car in Kansas is a very pleasant experience, and it’s the best way to get around if you want to explore as much as possible in the state. Car rentals are available in all major cities in Kansas, as well as at the state’s airports.

There are several pleasant roads that are made to offer beautiful views and historically interesting places. In addition, part of the legendary Route 66 passes through the state. Read more about these on the Kansas official tourism site. 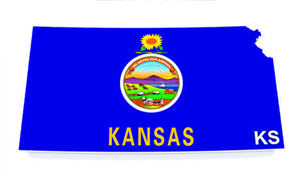