On the surface, Massachusetts is one of the smaller states in the United States, but in terms of population, it is one of the most densely populated states in the entire country. Massachusetts is known for its rich history, and has many times played a very large role in the history of the United States. There are therefore many interesting historical sights in the state, but also very beautiful nature, especially on the coastal strip.

Things to do in Massachusetts

Massachusetts has a great mix of metropolitan environments, beaches, and historic sites. There really is something for everyone in Massachusetts.

Martha’s Vineyard is best known for its many beautiful beaches and pleasant summer climate, and it has become a refuge for many city dwellers. There are also several lighthouses to visit on the island. Read more about the island at www.mvol.com

Boston
Boston is both the capital and largest city of Massachusetts, and there is much to see and do in the city. Boston is located right by the sea and therefore has many beautiful views and landscapes. The city also has a large number of historic buildings as it is one of the oldest cities in the United States. Historic landmarks include the Old State House, Old Corner Bookstore, and Christian Science Plaza.

There are also many fine museums in Boston, and also old houses where famous American people lived. The Paul Revere House is one of these. Boston also has many pleasant green areas and parks.

Cape Cod
In southern Massachusetts lies the stunningly beautiful peninsula of Cape Cod, which stretches out into the Atlantic Ocean like an arc. On the peninsula there are many pleasant excursion destinations suitable for the whole family. Among other things, there are several wonderful beaches and cozy towns to visit. Cape Cod has a long history of seafaring and there are also several places of historical interest, and even lighthouses that are open to the public.

Rent a car in Massachusetts

In Massachusetts, traveling with a rental car is ideal. The distances are relatively small in the state and it is easy to take the car to the many little donut gems on the coast, for example.

Rental car companies are located in every major city in Massachusetts, and they also have offices at the state’s airports. It is recommended to rent the car online before arrival, to get the very best price and to be sure that the car is available for pick-up.

From Boston you can go on a cruise to Bermuda. Experience the tropical island paradise beaches of King’s Wharf with activities for all ages. Cruises to Bermuda last about a week, and can easily be combined with a longer pleasure trip in the United States. From Boston you can, among other things, go on a cruise with the popular Norwegian Cruise line.

A visit to King’s Wharf in Bermuda is a fantastic holiday experience that you will never want to leave. The island offers incredibly beautiful beaches, wonderful restaurants and a rich cultural life with an exciting history. Here there is much to explore both at sea and on land. Along the coast of King’s Wharf, you can dive and snorkel in colorful coral reefs, or sunbathe in quiet coves among the rocks. Many golf lovers go to Bermuda to play the islands’ green golf courses overlooking the ocean at sunset.

There are several wonderful parks and beaches in Massachusetts, and the state is especially known for its fine forests. Among other things, Bash Bish Falls, with its incredible waterfalls, and Moore State Park are definitely worth a visit. In the areas there are fantastic views, many fine hiking trails and also historical sights. Read more on the official Massachusetts tourism site.

The beaches in Massachusetts are also widely known for their high standards. On Cape Cod there are a large number of beaches that are perfect for sunbathing and swimming. For example, the towns of Nantucket and Barnstable are surrounded by fantastic beaches, and on the northern part there are also opportunities for whale watching. Even in Martha’s Vineyard, there are many incredibly beautiful beaches that are worth a visit if you are looking for a little sun vacation. Learn more about Massachusetts beaches at www.massvacation.com. 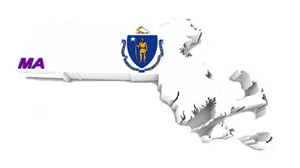