Missouri is a medium-sized state in the central United States. The area was already inhabited 7,000 years ago, and became part of the American states at the beginning of the 19th century. Missouri has very varied landscapes, with everything from mountains, rivers and valleys. The state also carries a lot of history, and it was here that many of the colonizers’ journeys to the western United States began.

The capital of Missouri is Jefferson City, while the largest city is Kansas City. See cities in Missouri by population. In Missouri is also St. Louis, which officially does not belong to any state.

Things to do in Missouri

Missouri has a lot to offer, and there is something for all interests. Whether you’re interested in the outdoors or history, Missouri has it!

St. Louis
St Louis is an independent city located in eastern Missouri, and is the second largest city in the state. The city is very old, and has many interesting sights. An absolute must is to see St. Louis’ most famous landmark, the Gateway Arch, which is the largest arch in the entire world.

St. Louis is also home to countless churches and chapels and many other historically interesting buildings. The city is also known for its exciting food culture and there are also many nice breweries in the city.

Silver Dollar City
If you fancy an adventure for the whole family, a visit to the Silver Dollar City amusement park is a perfect alternative. The amusement park has several fun rides, but also other exciting parts with historical themes. Among other things, there is an old candy factory and several other old-fashioned shops and manufacturers.

Titanic Museum
One of the most spectacular museums in Missouri is the Titanic Museum in Branson. Founded by a man who discovered the wreck of the huge ship, the museum contains a large number of artifacts. What is most unique about the museum, however, is its design. The Titanic Museum is actually built like the ship, in 1:2 scale. The museum also has water around it which gives the illusion that it is anchored, and there is also a replica of an iceberg next to it.

Rent a car in Missouri

The perfect means of transportation in Missouri is undoubtedly a rental car. With a rental car, it is both easy and convenient to get around the state’s various attractions, and it also provides opportunities to discover smaller places that you would otherwise not have been able to stop at.

Rental cars can be rented and picked up in all major cities in Missouri, and also at the state’s airports. However, it is recommended to pre-book the car at home, to be sure that the right car is available on arrival.

For the outdoor enthusiast, there are many beautiful landscapes to discover in Missouri. Many of the parks have a historical background, and therefore not only offer beautiful views and fine hiking trails, but also interesting historical elements.

The three largest and most popular parks in the state are Taum Sauk Mountain State Park, Elephant Rocks State Park, and Johnson’s Shut-ins State Park. These parks are all located near St. Louis, and offers both incomparable views with its mountainous landscapes, but also many, long hiking trails and wonderful forests. 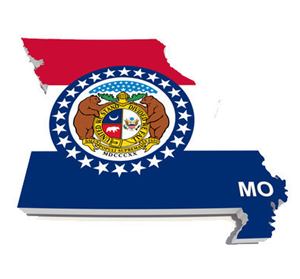