With its unparalleled nature and rich history, Montana is a very cool destination to visit. The state is located in the north of the United States and borders Canada. The wild landscape has fascinated visitors for centuries, and before colonists settled in the state, Montana was inhabited by Native Americans, many of whose descendants still live today.

The capital of Montana is Helena and the largest city is Billings. See cities in Montana by population.

Things to do in Montana

In Montana there is a wonderful mix of wild nature and history. There are also nice cities with both beautiful buildings and shopping. Montana simply has something for everyone!

Nevada City
If you want to experience a piece of living history, a visit to Nevada City is an absolute must. The town consists of over 100 wooden buildings built as they appeared in the late 19th century. About ten buildings are original, and there is a lot to see and discover in the historic city, which is set up as an open-air museum.

In Nevada City there is, among other things, a hotel, café and several other shops in the typical spirit of the times. There are also many artefacts and exhibitions in the city that make a visit there a really cool experience! Read more on the city’s official website below.

Skiing in Montana
Thanks to its mountainous landscape and northern location, Montana has several fantastic ski slopes and resorts. During the winter months, many skiers are attracted to the state for its fine ski facilities. There are a large number of ski resorts to choose from, depending on what you are looking for.

Among the most popular are Big Sky Resort, Bridger Bowl Ski Area, and Red Lodge Mountain, all of which have really nice facilities with multiple slopes for all levels of difficulty.

Rent a car in Montana

To get the most out of your vacation in Montana, it might be a good idea to rent a car. With a rental car, it’s easy to get around the state, and even discovering the incomparable nature becomes easier and more fun with a rental car. It is possible to rent a car in all major cities in the state, and even at Montana’s airports there are car rental companies represented.

Montana is also home to part of the world-famous Yellowstone National Park, which has the largest number of geysers in one area in the entire world. In Yellowstone there is a lot of varied nature, and it is a very exciting experience to discover the landscape. 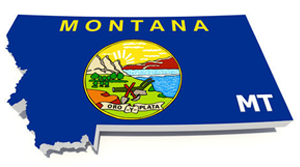