Nicknamed “The silver state”, Nevada is the 7th largest state in the USA by surface area. This area is largely desert. In addition to Las Vegas, there are some nice national parks and smaller towns here.

The largest city of Nevada is Las Vegas, and the capital is Carson City. See cities in Nevada by population.

In Nevada is the entertainment and gaming metropolis of Las Vegas, this is a city that has much more to offer than just casino games.

Las Vegas is a very beautiful destination, in the middle of the desert in the southwestern United States. A very famous and popular place to visit but despite this a little underestimated by many. Most people think that Las Vegas is only for those who gamble for money, but that is wrong. Las Vegas is the entertainment capital of the world, and there is something here for everyone!

Cirque du Soleil currently has 7 different sets in Las Vegas. Our two favorites are KA at the MGM Grand and O at the Bellagio.

An alternative to Cirque du Soleil is Le Reve, which runs at the Wynn. This is also an absolutely world-class performance!

On the Las Vegas Strip
On the strip, the range of restaurants is enormous, so it is difficult to recommend any individual ones. Each hotel often has several good restaurants, in different price ranges. The finer the hotel, the more expensive and finer the restaurants. There are also some food courts with, for example, Subway and McDonald’s. Our specific restaurant tip is Mon Ami Gabi, which has a very nice outdoor seating area on the strip, overlooking the Bellagio’s fountain. The restaurant is found in the hotel Paris.

Off-the Strip
The biggest advantage of leaving the strip is the price, you can find really good restaurants at significantly lower prices than in the middle of the strip.

A very popular Thai restaurant can be found outside the strip. Always book a table in advance, preferably well in advance. This also applies on weekdays, on weekends tables should be booked 1-3 weeks in advance.

If you have planned to visit a couple of different nightclubs, it is a good idea to buy a V-card which includes entry to a large number of nightclubs. It is not worth getting this card if you are only going out to nightclubs in Las Vegas for a weekend. 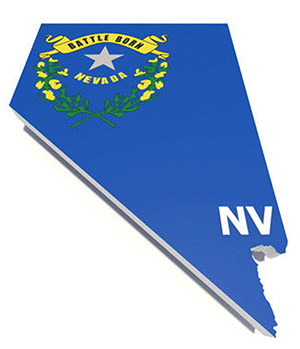