As a state, New York therefore has a very rich history, and there are many interesting sights to visit in the state. But there is also a lot of beautiful nature in New York, thanks to the state’s unique location in the north. New York borders several US states, Canada and the coast. The state has several fantastic national parks, the most famous of which is Niagara Falls.

Things to do in New York State

In New York, there is an incredible amount to see and do for those who visit. Everything from history to breathtaking nature can be found in the state, and it is possible to find something to suit everyone.

On the border with Canada, on a small island in Alexandria Bay, is the fantastic Boldt Castle. The castle was built at the beginning of the 20th century, and is built in classic European castle style. There are also many other buildings on the island that are open to the public, including The Dove-Cote tower. The island also has very beautiful surroundings and a walk in the castle park is a must. A yacht from 1892 is also anchored next to the castle. Read more about the castle on their official website here.

If you want to experience a fantastic time travel that suits the whole family, a visit to the Genesee Country Village and Museum is a must. The 19th century village and museum is the largest of its kind in New York, and there is an incredible amount to see and do here. Among other things, it is possible to visit period buildings and meet people as they lived at that time. The historic village has, among other things, a school, a cafe, pastry shop and an old baseball field that can be visited and experienced.

If you are keen on outdoor activities and fast-paced skiing, a visit to the Catamount Ski Area is a perfect destination during the winter months. In the ski area there are over thirty runs and six ski lifts. The area is known for its good accessibility and family-friendly approach. In the Catamount Ski Area there is also a large area for freestyle skiing which is very popular. There is also the possibility of night skiing on several of the slopes.

Hunter Mountain and Windham Mountain are also known for both their fantastic landscapes and fine ski slopes. They are at a close distance from New York City. On both mountains there are many runs of the highest quality and the ski facilities are also very nice.

In New York, there are a lot of vineyards and wine producers, and if you are interested in food and drink, it is very good to visit these as most of them are open to the public. One of the most famous wine producers in New York is Brotherhood, which is the oldest wine producer in the entire United States. Here you can, among other things, get a guided tour of the company’s wine cellar, which is one of the largest in the whole country. There is also the possibility of tasting the many wines produced on the farm.

Rent a car in New York

There are some toll roads in New York. These are well marked and can be paid with either cash or an electronic pass. Some rental car companies have these passes installed in their rental cars to simplify driving. Check with your rental car company what applies. Keep in mind that the pace of driving in New York, especially in the New York City area, can be very intense, and traffic jams often form.

There are several excellent drives that take one through magical landscapes and stunning views. Among other things, the North Fork Trail along Long Island on the coast of New York is a fantastic trip if you fancy beautiful ocean views and nice restaurants and shops by the sea. In northern New York is the High Peaks Scenic Byway, which takes one to the highest point of the Adirondack Mountains and dizzying views. The Great Lakes Seaway Trail is one of the most famous and celebrated driving routes in New York, passing several incredible lakes and even Niagara Falls.

New York City
One of the best and coolest cities to visit in New York is of course New York City. Here you can find everything and a little more, and big city life lives here like nowhere else. In New York there is an incredible amount to see and do. Some of the main highlights are best seen through a guided tour of the city.

One of the most enjoyable excursions in New York City is the stunning Central Park, which is the most visited metropolitan park in the entire United States. There is a lot to see and do here, and it is possible to spend a whole day in the park without getting tired. Another nice excursion in New York City is to take a cruise around Manhattan and the world famous Statue of Liberty.

Saratoga
A short distance north of New York’s capital, Albany, lies the fantastically pleasant town of Saratoga. Officially, the city is called Saratoga Springs, after the springs found in the city, but is popularly referred to as just Saratoga. The city is a cozy mix of big city and historic city, and there are many museums in the city. Among other things, you can visit the National Museum Of Dance And Hall Of Fame and the Saratoga Springs History Museum.

One of the biggest attractions in Saratoga is Saratoga Spa State Park. The park contains several of the springs that made the town famous as a health resort, and there are several swimming pools and a hotel in the park, along with the Saratoga Performing Arts Center where concerts are held annually. The Saratoga Performing Arts Center is a massive amphitheater surrounded by beautiful scenery, and an absolute must-see.

Chautauqua
In the western part of the state lies the unique town of Chautauqua. The town is located right on the lake of the same name, and has been a holiday resort for a long time. Chautauqua is quiet, and the small town has a lot to offer visitors. There is a lot of culture here in the form of music and theatre, and during the summer months both festivals and other events are organised. The very main attraction is the Chautauqua Institution, which is a large campus-like area, with many historic buildings and beautiful surroundings.

In New York there is a wide variety of landscapes and different environments. From mountainous areas to unparalleled lakes and waterfalls: New York has it all.

Parks in New York
By far the most famous national park in New York is Niagara Falls. On the border between Canada and the United States are the incomparable waterfalls that have become world famous. The falls consist of several waterfalls, and together they form the largest waterfall in the entire world. It is a powerful feeling to see these waterfalls, and there are several perfect tours to get there and best experience the falls.

Allegany State Park is one of the quieter parks in New York. Here there are several nice cycle paths and opportunities for picnics, tennis and canoeing on the beautiful lake. In the park there is also a historical route that takes you on a small journey through time. The Finger Lakes National Forest is one of the coolest forest parks in the state, with a huge area of ​​forests, valleys, ravines and a lake. Here there are incredibly nice hiking trails and opportunities to discover the beautiful nature.

Beaches in New York
In New York there are many incredibly beautiful beaches. Most of them are concentrated south of New York City, on the island of Long Island. Here there are a large number of beaches with kilometer-long sandy beaches and fantastic bathing water.

Among other things, Robert Moses State Park is one of the most popular beaches on Long Island, with its eight kilometers of beach. There are also golf courses and opportunities for fishing. On Long Island’s northern tip is Sunken Meadow State Park, which also has great beaches. There is also a long and pleasant beach promenade, and many activities such as horse riding, hiking and water sports.

In the Queens area of ​​New York City is one of the state’s finest beaches, Fort Tilden. The beach area was once used by the military, but today has become a real holiday paradise. There is also a cool lookout point with a view of New York City. 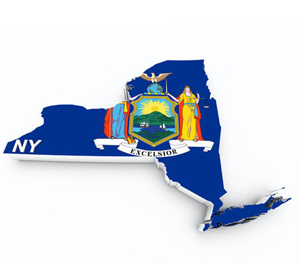