West Virginia is a relatively young state that was founded at the end of the 19th century, when it broke away from Virginia. The state is located in the eastern United States and has had great significance for the history of the United States. Among other things, several battles were fought in the state during the American Civil War, and there are therefore many interesting sights in the state. The state is located in a mountainous area, and has a lot of amazing nature to enjoy.

West Virginia’s capital is Charleston, and it is also the state’s largest city. See cities in West Virginia by population.

Things to do in West Virginia

Because of its rich history, there is much to discover in West Virginia and its cities. And with its incomparable nature, there is also something to do for those interested in the outdoors.

Charleston
Charleston is West Virginia’s largest city and capital, and if you want to experience the state’s big city life, this is the place to go. In addition to good shopping and many nice restaurants, the city also has a lot of history to offer, and there are several interesting museums in Charleston.

Among other things, there is the Clay Center for the Arts & Sciences and the West Virginia State Museum, both of which are known for their fine exhibitions. There is also a historic area in Downtown Charleston, where a large number of old churches are clustered. Charleston is also known for its many green spaces, and adjacent to the city is the fantastic Kanawha State Forest with plenty to see and do for the whole family.

There are vantage points at the bridge’s abutments to give a good view of the peerless structure, and the scenery surrounding the bridge is very beautiful.

In Hawkes Nest State Park, there is a well-visited viewpoint that provides views of both the landscape and several historic sites. There is also a visitor center in the park where you can learn more about the park and the tunnel that was built there in the 1930s and which caused one of the worst tragedies in American history. Read more about Hawks Nest State Park on the official website.

Rent a car in West Virginia

Renting and driving a car in West Virginia is a very pleasant experience. With a rental car, it is both quick and easy to get around the state’s various interesting places and cities, and it is very cool to drive around the mountainous and forested landscapes by car. There are also several routes made to provide the most beautiful experience of West Virginia possible.

You can rent a car in most cities in West Virginia, and even at the state’s airports there are rental car company offices. 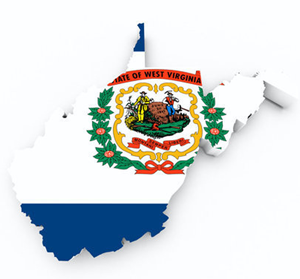