Therefore, there is a lot to see and do in Pennsylvania, and many exciting and pleasant cities can be visited. Pennsylvania also has a fantastic coastline along Lake Erie. The largest city is Philadephia and the capital is Harrisburg. See cities in Pennsylvania by population.

Things to do in Pennsylvania

From beautiful landscapes and white beaches to military history and interesting architecture. In Pennsylvania there is a wide range of activities and excursion destinations for the whole family.

Gettysburg Battlefield
One of the largest and most important battles of the American Civil War took place in Gettysburg, Pennsylvania, and today the site is a military history park with many interesting features.

Among other things, you can visit several fine monuments in the park and there is a museum and visitor center in the area. It is also possible to see close to 150 historical buildings on the battlefield, and during certain times of the year parts of the battle are recreated by actors in period costumes. Read more on the park’s official website at www.nps.com.

Philadelphia
Philadelphia is Pennsylvania’s largest city, and here there is much to discover and many sights to see. It is both one of the oldest and one of the most important cities in the country, as it was here that the founders of the United States signed the Declaration of Independence in Independence Hall, which can still be visited today. Independence Hall is also home to the Liberty Bell, and they both form two of the city’s most prominent sights.

In Philadelphia there are also several interesting museums, and many nice parks to stroll through.

Hersheypark has several roller coasters and other fun rides for all ages, as well as a pool area and a zoo. Right next door is also Hershey’ Chocolate World, where you can visit a chocolate factory. Read more on Hersheypark’s official website here.

Rent a car in Pennsylvania

There are good opportunities to rent a car in Pennsylvania, and it is also one of the best means of transportation if you want to fully discover the state. With a rental car, it is easy to get around to different parts of the state and smaller towns that might otherwise be difficult to get to.

In all major cities it is possible to both rent and pick up rental cars, but the best thing is to book the car at home before departure.

There are a large number of National Historic Parks in Pennsylvania, connected to the American Civil War and the founding of the United States. But there are also beautiful landscapes along the Delaware River, including the Delaware & Lehigh Park where there are many nice hiking trails by the river and also opportunities for both cycling and fishing.

Even in the Chesapeake Bay, which borders several other states, there are incredibly beautiful views to behold, and miles of beautiful roads and trails to drive or hike on. One of the most scenic areas in Pennsylvania is the Appalachian Trail, which spans the mountains of the same name and has a long and storied history as a trail for Native Americans.

Pennsylvania has a long and beautiful coastline on Lake Erie, with several fine beaches perfect for both sunning and swimming when the weather permits. Among the many beach resorts, Presque Isle State Park, Milford, Harvey’s Lake and Lake Wallenpaupack have some of the best beaches in the entire state. At these beaches there are very beautiful views and also opportunities for many other activities, such as fishing and water sports. 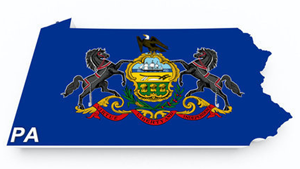