Texas is the second largest state in the United States, both in terms of area and population. The state has a very rich history, and has been nicknamed The Lone Star in memory of its once independent republic. There are therefore many historically interesting places to visit in Texas, but the state is also known for its fantastic nature.

Thanks to its large area, Texas spans several different types of environments and climates on the American continent. For example, there are large barren deserts in the western parts of the state, while the eastern parts have lush landscapes and swamps. The Texas coastline has many lovely sandy beaches that are perfect for both sunbathing and swimming.

The capital of Texas is Austin, but the largest city is Houston. See cities in Texas by population. The state’s largest airport is in Dallas, and many international flights land here. The airport is the third largest in the entire world.

Things to do in Texas

Due to its size, there is an incredible amount to see and do in Texas. Everything from historical sights to unparalleled nature can be found in the state.

If you want to see one of Texas’ most famous historical sites, a trip to the Alamo is a must. The Alamo is just outside of San Antonio, and there you can visit the old original buildings and a nice museum. Built by Spanish missionaries in the 18th century, the Alamo is a church and a fortress in one. Many battles were fought here during Texas’ struggle for independence, and there is much to discover in this exciting place. The museum has many artifacts and exhibits about Texas independence. Read more about the Alamo and current exhibitions on the official website.

Texas is known for its many ranches, and there are many open to the public where you can ride horses and watch shows of various kinds. Around Texas there are also many historic ranches with exhibits and demonstrations of how it was in the old days. The Collin County Farm Museum is one of those ranches that today has many enjoyable activities for visitors. On the farm there is, among other things, an outdoor museum where you can discover the history of ranch culture. For example, you can see old tractors and other implements, and also visit an old forge. The farm also organizes many activities throughout the year.

You can also visit the Coryell Museum and Historical Center in Gatesville, which has the largest collection of spurs in the world. There are also many exciting exhibitions about life in the old town, and also the oldest building in the whole area: a wooden cabin that acted as a prison in the past.

Rent a car in Texas

The best way to get around big Texas is with a rental car. With a car in it, it is easy to go around and discover exciting things, both in the cities and in the countryside. Renting a car also makes it possible to get to places that would otherwise have been inaccessible.

In Texas, you can rent a car in most cities, and also at the airports. Note that there are several toll roads in Texas, and these are controlled by electronic passes. These passes are usually already installed in the rental car companies’ cars.

There are several great roads to drive if you want to fully experience the Texas landscape. Among other things, the Canyon Sweep at Armadillo is a fantastic route that takes you through both mountains and valleys and incredible canyons. The Davis Mountains Loop offers both unparalleled scenery and historic stops along the way, and the Ross Maxwell Scenic Drive right on the Mexican border has unique rock formations that must be seen up close.

Go on a cruise from Texas

Make the most of your USA trip and take a cruise from Texas! From the Port of Galveston, you can easily go on cruises to the Western Caribbean, Mexico, Jamaica and the Bahamas with popular shipping lines. Experience tropical paradise beaches with crystal clear waters, fine dining and memorable cultural experiences in the Caribbean island world before the ship returns to Texas. The cruises can last a few days to a week, so it’s easy to combine a relaxing cruise with a longer road trip in the US.

Houston
Houston is located in southern Texas, and is the largest city in the state. There is a fantastic big city pulse here, and here there is a lot of shopping and modern buildings, but also other interesting sights. Among other things, you can visit NASA’s Space Center here, where you can see real spacecraft and meet astronauts. The center has many exciting exhibits, many of which have interactive elements. NASA’s Space Center is a perfect destination for the whole family, and an experience you won’t soon forget.

Houston also has a lot of history to discover. In Downtown Houston, for example, there is a tunnel system from the 1930s that spans a very large area. There are both shops and restaurants in the tunnel system. If you want to experience Houston from the skies instead, a trip up to the Chase Tower viewpoint is a must. It is the highest point in all of Texas, and you are treated to a fantastic view here. There are very good guided tours to both the tunnel system and the Chase Tower.

Austin
Austin is the capital of Texas and is the political and economic center of Texas, but is also a city with many cultural activities and historical sites. Several large and famous art museums are located in the city, and there are also a large number of historical museums in Austin. Among other things, there is the Texas Memorial Museum and the Blanton Museum of Art.

Austin also has The Texas State Capitol, which is a landmark of the city, and even taller than the State Capitol in Washington DC The Texas State Capitol is one of the most popular sights in Austin, and has very beautiful surroundings. The Bat Bridge is also a famous landmark in Austin. The bridge is home to North America’s largest colony of urban bats, and at sunset the massive flock can be seen flying off on nocturnal adventures. There are several guided tours at Bat Bridge where you can experience the mighty herd.

Dallas
Dallas and its surrounding areas make up the largest metropolitan area in Texas. There is therefore a lot to see and do in the city. In addition to shopping and city life, there are many historically interesting sights in the city. Among other things, you can visit the Sixth Floor Museum at Dealey Plaza, which is a museum dedicated to President John F. Kennedy. The museum is located in the building where John F Kennedy’s assassin shot him from, and you can visit the exact spot where the shot was fired.

Dallas is also home to the Sea Life aquarium, which is known for its many fantastic sea creatures. Here there is, among other things, an unparalleled aquarium tunnel with sharks, and many exciting interactive parts for the whole family.

In Texas there are very varied and exciting landscapes. From the rugged nature of the west to the stunning beaches of the southern coastline; Texas has something for everyone!

In the Angelina National Forest there are many wonderful areas. The forest is in the eastern parts and has a very rich animal life. In addition to nice hiking trails, there is also the opportunity to camp, fish and swim here. There are prime locations where these activities are allowed.

Beaches in Texas
Texas has a very nice coastal strip with many opportunities for sun and swimming when the weather permits. One of the very best beaches in Texas can be found in Galveston, which is located on a small island just off the coast. Here there are kilometer-long sandy beaches and fantastic bathing waters. In Galveston there are also many exciting sights, such as the botanical garden which is housed in a glass pyramid.

Another island that is one of Texas’ most popular tourist destinations is Padre Island. On the southern part of the island are the best sandy beaches, and both the sand and the water are top class for sunbathing and swimming. The island has a subtropical climate and is very popular in winter. There are also many nice holiday resorts, shops and restaurants here.

Corpus Christi is a city on the Texas mainland that is very close to Padre Island. Here, too, there are incredibly fine sandy beaches, and also opportunities for fishing and bird watching. In Corpus Christi there is also a cool museum in the form of the retired military ship USS Lexington, which is anchored on the beach. 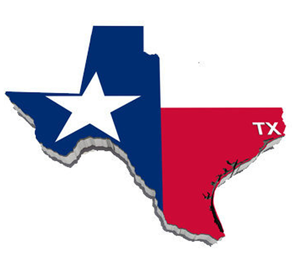