Vermont is both one of the smallest and oldest states in the USA, and therefore has a lot to see and do. The state is located in the northeastern United States, and borders Canada, among others. The small state is best known for its maple syrup, producing more maple syrup than any other state in the United States.

Vermont’s largest city is Burlington, while Montpelier is the state capital. See cities in Vermont by population.

Things to do in Vermont

In Vermont, incomparable nature, with everything from mountains to lakes, is mixed with picturesque towns and rich history. The state is very old and has many historically interesting places to visit. Vermont simply has something for everyone!

Burlington
Burlington is Vermont’s largest city, and there is much to do and discover in the city. Despite being the state’s largest city, it is relatively small compared to other big cities, which gives Burlington a very cozy feel. There are a large number of historical buildings in the city. Among other things, you can visit the Masonic Temple, the Follett House and the Ethan Allen Homestead, all of which are listed as important historic buildings.

In Burlington there are also several museums and other attractions. For example, the ECHO Lake Aquarium & Science Center and the Robert Hull Fleming Museum are worth a visit, both of which are great for the whole family.

Okemo Mountain Resort
In Vermont, there are several fine mountains that are suitable for skiing. One of the most popular ski resorts in the state is Okemo Mountain Resort, located in the town of Ludlow. The resort is open year-round, and the various activities offered at the mountain change depending on the season. In winter, the many ski slopes are open, and there is something for all levels of difficulty.

In summer, there are many pleasant hiking trails in the area, and the mountain offers absolutely incomparable views. There is also an awesome cable car where you can slide in a harness down the mountain, which provides a completely unique experience and is a real adventure.

Woodstock
Woodstock is an area in central Vermont that has a lot of history, nature and quaint towns. The town of Woodstock was founded in the 18th century and still has many of the original buildings today, and in the Woodstock area there are many nice museums showing the history of Vermont. Among the most famous is the Billings Farm and Museum, where you can experience the agricultural development of the Vermont countryside, with several interactive parts. Read more at www.billingsfarm.org.

In Woodstock, as previously mentioned, there is also a lot of wonderful nature, and it is possible to find several pleasant hiking and cycling trails in the area.

Rent a car in Vermont

In Vermont, it is perfect to rent a car and go around on excursions. Considering the state’s small area, it is easy to get to the different parts with ease, and with a rental car the trip becomes both easier and much more pleasant!

You can rent a car in all major cities in Vermont, and also at the state’s airports. It is recommended to rent the car online from home before departure, to be sure that it will be there when it is to be picked up. 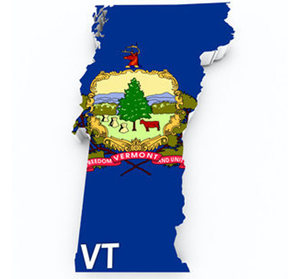